BACK TO SCHOOL40% off Level 4/5 accredited courses 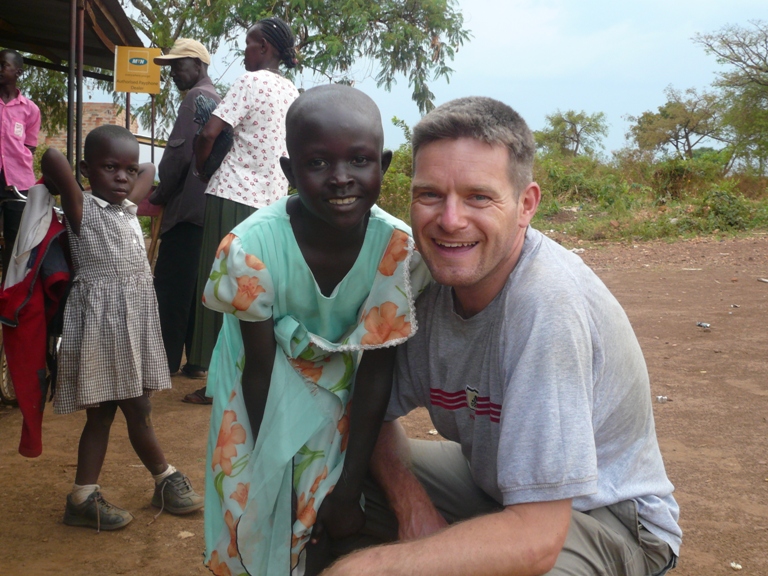 I have heard it said that the UK is charity-fatigued.  Some would say we’re even cynical and in these more desperate economic times, that charitable causes are off simply our radar.

I doubt this is true but I think if we have a heart to do something, it can be difficult to judge which charity to support. Which ones will administer our money most wisely?

These are a couple of the issues we were wrestling with as we met Amigos charity Director Phil Pugsley for the first time in 2008 when we at Global English were keen to do ‘something.’ Phil carefully explained how this small North Devon charity has a big vision and is already changing young lives in Uganda.

The situation on the ground

With a bitter civil war over, a dark cloud still hangs over much of Uganda’s young. In the North, child soldiers return to broken families. Poverty and AIDS has almost wiped out an entire middle generation. With the average age in Uganda only 15 (compared to 40 in the UK) children look after younger siblings and older grandparents. As a result, school is an impossible dream for many.  Action is needed to educate this next generation of mothers and fathers and equip them with skills to sustain themselves and their communities.

As Phil began to explain more to us, it was clear he had a real heart for the children and young people of Uganda and his enthusiasm for improving their lives through the various Amigos projects was contagious.

Firstly, we were impressed that as a small charity, overheads were extremely low, which means money raised goes straight to the front line to make the most impact.

Secondly, as a charity based locally to us in the UK, there was more of a connection; it was not a case of sending money off each week to a faceless organisation and hoping for the best! We are in regular communication with Phil and his team and have been privileged to get involved in other ways through fundraising and support and work alongside their efforts in the UK.

However, this is not in any way a white man’s pet project. Amigos is an exciting mix of Ugandans and British people and the focus is on Ugandans equipping Ugandans in sustainable projects. The result is an innovative project which will impact on communities for years to come, Kira Farm.

Kira Farm is a recent initiative that has fast become a flagship project. Kira is a unique vocational training centre where youngsters (aged 17-21), taught by Ugandan trainers, learn practical skills in such things as animal husbandry, farming, hospitality, carpentry, building and business skills  as well as a strong moral code and work ethic. These youngsters then take these skills back to their communities, share what they have learned and so bring hope, money and a sense of purpose back to their villages. An ongoing mentoring programme enables Amigos to continuing working alongside the youngsters when they get back to their homes, providing them with ongoing support to help them become agents for change.

The Ugandan government has been so impressed, they are watching Amigos closely with the idea of rolling out more ‘Kiras’ nationally.

This is where 10% of Global English profits are spent, helping the current generation of youngsters rebuild Uganda from the inside.

Global English has been a key supporter of Amigos since we met Phil in 2008. William (top, right) visited Uganda in 2009. We’ve also sent TEFL volunteers to help teach in Ugandan schools and share their skills with local teachers.

Inspired to do something yourself to help Amigos?

If you are a Global English trainee or graduate, you already do! But if you are motivated to help further, there are numerous ways as a little goes a long way. Simply get in touch with Amigos here or you can make a donation here. We hope you will feel as inspired as we do!

Watch a recent video report from Kira here on YouTube below.