EXTRAVAGANZA70% offer on all TESOL courses

Can Americans teach English in Europe? 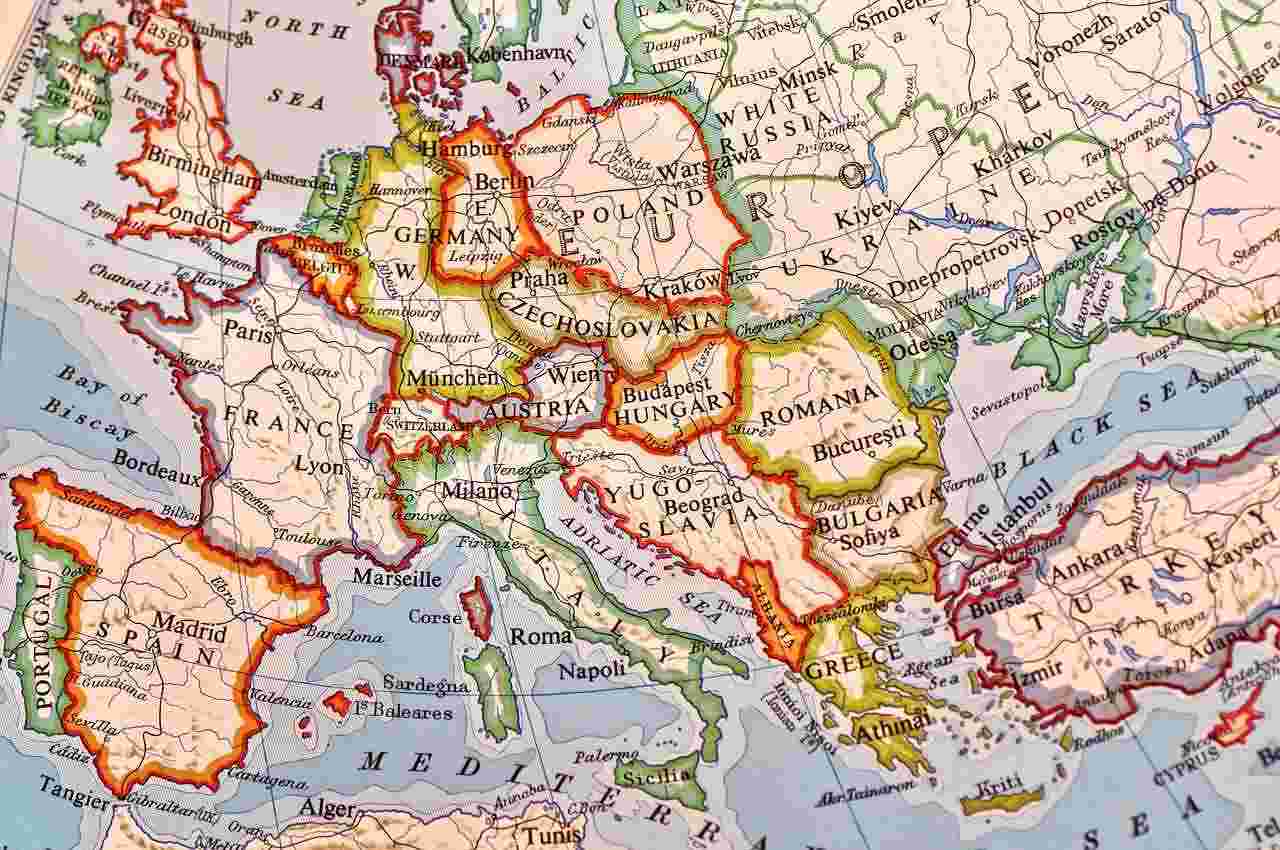 TESOL worldwide as an Amercian

George Bernard Shaw once said that England and America were two nations divided by a common language. To a certain extent, this follows in TEFL/TESOL as well. American English certainly holds sway in parts of Asia and Latin America, while British English was most often taught in the former empire sphere of influence and across Europe.

In most places worldwide there is a mixture of American and British English being taught. For example, EFL teacher Michael Villoso writes that Koreans tend to be taught North American English. However, they have a real fascination with British English. He says:

‘My Korean students find British English very fascinating that they ask me to teach them how to use it.’

Indeed, right across the globe, there is a large demand for native English teachers, regardless of their country of origin.

But what about TESOL as an American in Europe?

It isn’t easy for North Americans to gain access to TESOL teaching in Europe. The difficulty they face breaking into the TESOL market is largely to do with visa restrictions, rather than any language bias. Quite simply, it is much easier to work in the EU if you are already an EU citizen. The amount of bureaucracy and paperwork involved to employ someone from outside of the EU will put many employers off.

However, this is a fragmented EFL world, and we know that many North Americans are working successfully in Europe. American Pamela Prentice experienced this when she went to teach English in Italy with her Global English TESOL qualification. She says:

‘…finding a job here is very easy to be honest with you. There are many schools here that will hire Americans as well as British.’

Indeed, Italy is generally pretty open to hiring Americans – partly because immigration rules are not as strictly enforced as they are in other European countries, such as Germany. It is also possible to work legally as in independent contractor or for 20 hours per week as a student - but do check out the latest regulations with the consulate. Germany can be a good choice if you have a technical or business background, however. Notice that Pamela travelled to Italy first and then found work – it is likely to have been a very different story had she tried to apply from outside the country. While it’s possible to make some speculative enquiries and do research from home, most North Americans will need to be in front of a potential employer in their desired destination in order to stand a chance of employment as a teacher, at least in Western Europe.

Where is it easiest to find work in Europe as a North American?

For Americans and Canadians the general rule of thumb is that it is easier the further east you are prepared to go – particularly as the schools there are more likely to help with the visas needed to work legally.  So here’s our walk through some of the most amenable countries (in alphabetical order):

Albania: very rarely will you see this country at the top of any TEFL list, but paid positions are likely to increase as the economy grows. It is worth noting that both American and British are working successfully here in a paid or voluntary capacity. Language Schools in Albania is a good place to start.

Belgium: prospects are quite good as the country is already a mix of worldwide nationalities and many schools there are prepared to hire both for the range of accents. TEFL or TESOL is a really popular option for many spouses who follow their partners to Brussels.

Bulgaria: Americans might wish to consider the Peace Corps as they organise some teaching placements in Bulgaria..

Croatia/Slovenia: Americans are welcome in many schools, although expect a preference for teachers from the UK or Ireland for ease of hiring. A degree and a good TEFL qualification are also important. Already both of these countries are attracting increasing interest from Americans and there is growing market for TEFL teachers.

Czech Republic: this is a really popular destination for many non-British passport holders. The visa process is a little complex but Americans are teaching here and are welcome in many schools. If you have a degree in English with a TEFL or are an existing mainstream school teacher, it is worth checking out the AIA which places EFL teachers for primary and secondary schools throughout the country (though not in Prague) for full academic year contracts.

France: many employers will hire Americans on a speculative job hunt once in situ, which is good news – but this means you will have to have already sorted out your visa before travel in order to work there legally. This is not easy to do. Hence others work ‘under the radar’, which we are not condoning but does happen. One alternative is to work as a teaching assistant in an organised programme that employs 1500 North Americans for 7 month stints across France.

Georgia: This former Soviet republic, probably most famous for Eduard Shevardnadze, (foreign minister to Gorbachev and President of Georgia from 1995-2003) is an increasingly attractive option for Americans. A number of teachers have been hired to help on a programme to increase the level of English across the school curriculum.

Hungary: many schools state no preference but a first stop might be the Central European Teaching program, which serves more than 100 schools throughout the country and employs North Americans with a TEFL and a degree. We have seen this country’s TEFL industry grow as it has become a more popular tourist destination.

Italy: To try and obtain a working visa will be difficult. On the ground, North Americans can do well but this might well involve working ‘under the radar’.

Poland/Russia: We have grouped these two countries together as situations are similar if you aim to work in with an American or Canadian passport. The large international English language chain, EF will recruit both American and British teachers for these countries, as will certain other schools.

Conclusion
If you are a native English EFL teacher, no matter where you come from, you are likely to be in high demand worldwide. There are certain restrictions due to nationality – but this is not always clear-cut and Americans are working successfully across schools in Europe. So if you do fancy a little of the old world culture, our advice is to do your homework, contact the consulate in your own country before travel and exploit any EU generational links you may have – for example having a grandparent from Italy could help dramatically in the visa stakes! Also, think outside the box; consider freelancing, teaching English online or by phone (which is big in France for example) or cultural immersion classes on doing business in America, for example.Think about what you could offer above a candidate from the UK.

Are you an American or Canadian English teacher already teaching in Europe, or looking to do so? Why not share your opinions and experiences below? All submissions welcome.

And in the meantime, if you haven’t joined our community on Facebook, you’re missing out on half the fun!  Our Facebook page is the perfect place to ask your TEFL questions and get answers directly from William. Join here now...

This blog was updated in October 2018.